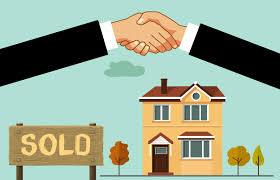 A friend of mine told me a story recently about what happened to a family member when they used an Estate Agent in Manchester to sell their home.

As often happens, their relative called three local Agents and invited them to come along and give them a Market Appraisal. They were surprised when the first two values came out roughly the same but the third was considerably higher.

Wanting to be sure that they would be getting the best possible price for their home, and of course, flattered by the last Agent’s appraisal, they instructed the Agent who had valued it at almost £30,000 more than the other two Agents.

After very little interest during the first six weeks, their agent advised them to drop the price by £15,000 to create ‘more interest’. When the owners agreed, disappointed but consoling themselves with the fact that the Asking Price was still £15,000 more than the other valuations, the Agent told them “we’ll advertise this change to let people know we’ve reduced the price. It’ll create a buzz”.

The price reduction generated a little bit more interest but not much, and then a ‘silly’ offer came in for £40,000 less than the new Asking Price. Naturally, they turned it down.

Fast forward a month later and having had no other interest, the Agent advises them to try another price reduction, again slashing off a further £15,000. More publicising of the price reduction followed and although this brought about a bit more interest, again they received only ‘silly’ offers which were way under the current (and by now correct) Asking Price for the property.

Eventually, when the Agency Agreement ended, the sellers changed Estate Agents. The newly instructed Estate Agent, priced the property correctly the first time around and, coupled with the conviction that it was a great property at the right price, they had it under offer at a figure very close to the Asking Price within a month.

Two-alarm bells were going off when I heard this story. Firstly, it sounds obvious to me that the original Estate Agent intentionally ‘overvalued’ the property just to gain the instruction and that’s why the property got stuck on the market for so long.

Secondly, by repeatedly advertising the ‘reduced price’ or ‘new price’ (call it what you will), it simply smacked of desperation and sent out a message to would-be buyers that there was a problem with the property or that the sellers were anxious to sell. Neither of which was true.

At Iles & Jenkin we agree that sometimes even a genuinely valued property does need a price reduction, for whatever reason. But we believe that you shouldn’t advertise the price reduction because that doesn’t do the property’s owners any favours, nor their chances of getting a great offer for it.

And especially in the present busy property market, there are always new buyers coming along who simply wouldn’t have a clue about the property’s price history, so our advice is simple; if you have to drop your Asking Price do so, but just don’t shout about it!